Colliding Lines presents K I N E T I C, an anthology of poems reimagined and remixed. K I N E T I C asked eleven poets to submit work for visual interpretation by seven typographic artists, taking movement as its guiding theme. Neither poet nor designer spoke to each other, nor knew the other’s work prior to this project. The resulting pieces represent two perspectives, each poem possessing a new meaning created collaboratively between text and design.

Running parallel to the print edition, we invited collaboration from different movement-based artists to integrate digital and print media, combining both moving and static imagery. Further interpretation comes in the form of dance, with filmed performances from Olivia Braunholz and Adina Dumitrascu, and a motion poem from award-winning designer Ting-An Ho. 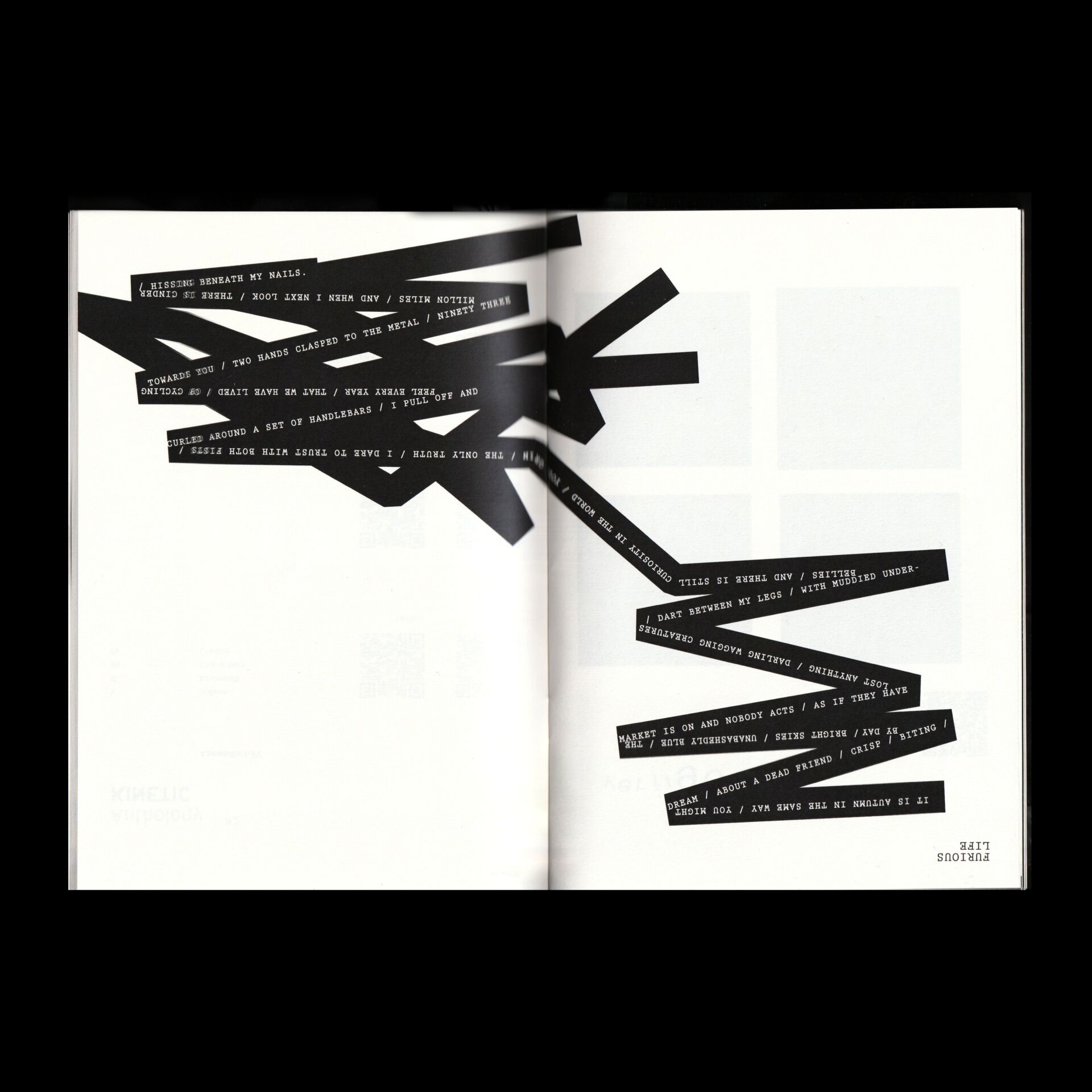 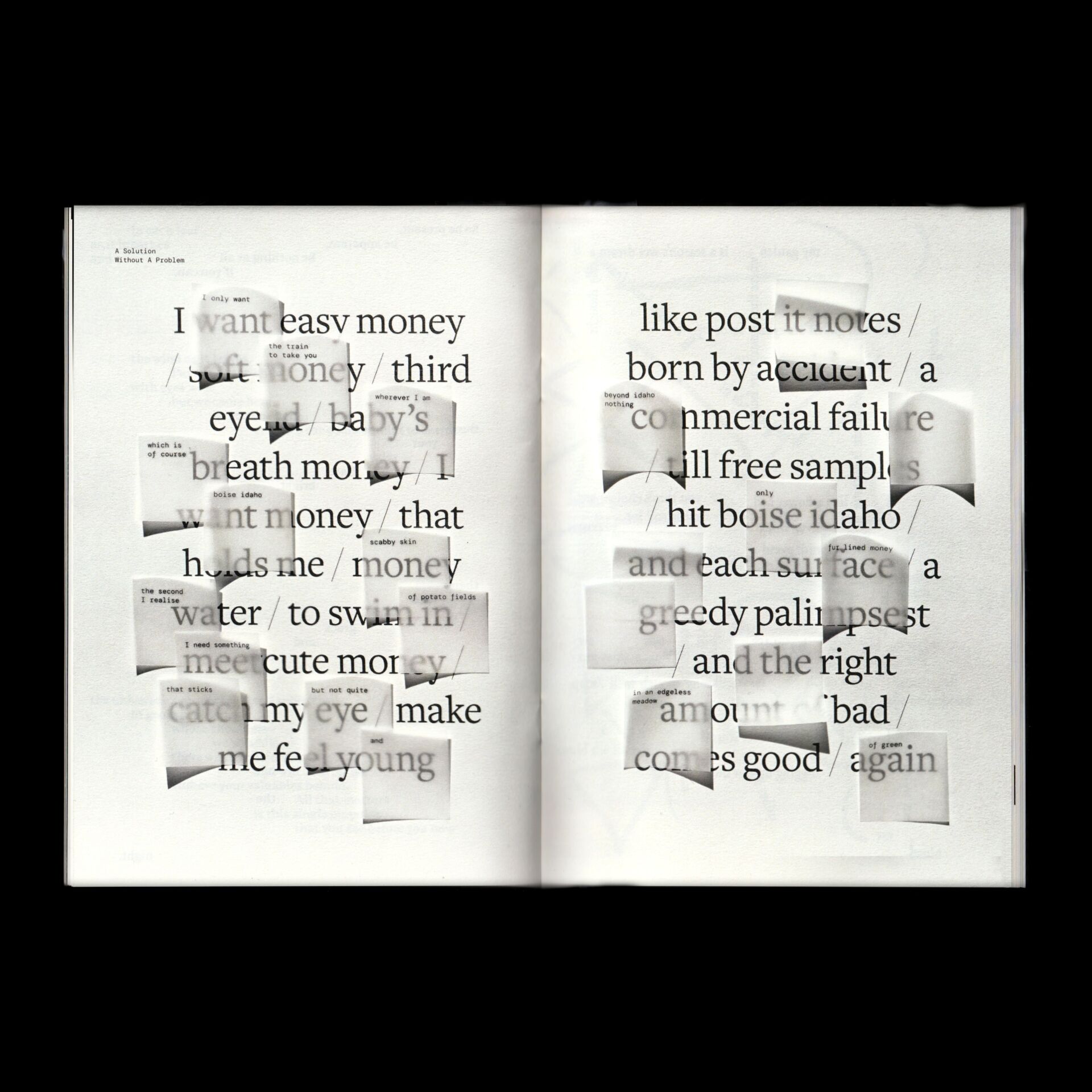